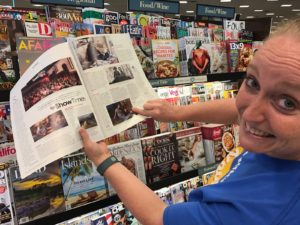 SO, the time has finally come.  Aria Appleton, after one year in post production, is finally ready for prime time.  Catch the film in its first festival appearance on November 12th, at Fort Worth’s own Lone Star Film Festival. (Four Day Weekend theatre 11am)  Tickets are only available at the door, and festival pass holders get in first.  Consider taking in the whole festival by picking up a festival badge at www.lonestarfilmfestival.com.

Walk-up tickets are available for $10/each and will be open to the public.  Enjoy a discount through Halloween on all-access badges (20% off) if you register for a badge online using the promotional code: CelebrateFilm

The film was also featured in the current issue of 360 West Magazine and has been mentioned on DFW.com and in the Star Telegram.  We’re just getting started!  See you at the festival!  A private cast/crew screening is also happening on Sunday, November 13th at the IMAX theatre at the FW History and Science Museum.

Congratulations to the entire Grafted Studios production team and the cast and crew of Aria Appleton.  It’s time to shine!

Grafted Studios, Inc. is a privately held company responsible for the production of the feature film, Aria Appleton, and is also the holder of several other valuable pieces of Intellectual Property -- projects in various stages of production.